Our History is Solving Problems… the Old-Fashioned Way 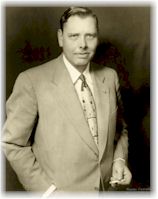 A. N. Brunson built a company by solving the technical problems that people said couldn’t be solved.

Brunson Instrument Company has been producing measurement solutions since 1927.

That was the year A. N. Brunson first set up his one-man repair shop in downtown Kansas City, Missouri. Here, he saw his customers’ problems firsthand. The first thing he did for them was to invent a special ball bearing spindle for surveyors’ transits. It allowed the transits to withstand the Midwestern dustbowl of the 1930s. Then he went on to a few other things… 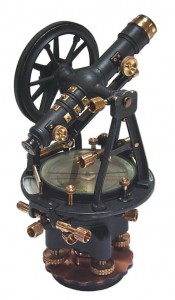 Admiral Byrd took this Brunson-modified transit to the South Pole in 1939.

Or like developing an entire line of equipment for use in steel mills, paper mills, power generation facilities – any place that people have big problems to solve with very little tolerance for error.

A very independent thinker, our founder was driven by an old-fashioned commitment to customer service so often lost these days. He cared about his customers’ problems, and he did not give his word to them lightly.

Mr. Brunson wanted his customers to succeed at what they were up to. So, sometimes he told them that he wouldn’t sell them any equipment unless they allowed him to teach them how to use it.

In fact, he was so dedicated to this level of customer service that he frequently visited them on site. 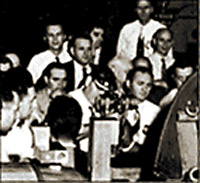 Customer training and support have always been a top priority at Brunson. Above, technical personnel are shown gathered around Mr. Brunson as he conducted an on-site training session.

At an age when other businessmen of his generation were retiring to the golf course, he bought a motor home and had his factory build him a special trailer so he could travel with a large assortment of equipment. He logged thousands and thousands of miles visiting his customers. He listened and he spoke. He taught and was taught. After all, he knew that this interaction helped produce our entire product line in the first place. It grew, instrument by instrument, as a response to customers’ problems. And it’s still growing today.

When he gave his word, you could count on what he said. He always told the truth. And the power of his word shaped an industry.

In 1960, Mr. Brunson and his factory went underground. Literally. He needed an absolutely rock-stable environment to facilitate the production of fine instruments.

Our founder’s creative talents applied to everything from navigational instruments (foreground) to our revolutionary underground factory (background).

He decided, simply, that the only thing standing in his way was a couple hundred thousand tons of solid rock. Not one to be daunted, Mr. Brunson carved out a cave with over 220,000 square feet of floor space inside the limestone bluff where the factory exists today. 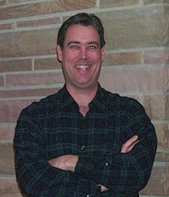 This is still the most visible reminder of the lengths that we at Brunson Instrument Company will go to serve our customers. We must admit, Mr. Brunson was right. It is a lot easier to hold tolerances of a few millionths of an inch when your machines are bolted directly to the continental plate.

Today, our company is still owned and operated by folks who worked directly with Mr. Brunson. Deighton Brunson, our president and grandson of the founder, says that his highest priority is to ensure that our company reflects the values that his Grandfather taught him. Values like always telling the customers the truth, and making sure they always get more quality than they asked for. That’s our promise to you. Is it any wonder that we’ve been in business for over 80 years?

Over the years, Brunson’s main competitor in the alignment industry had been a company called K+E, or Keuffel & Esser. This fine old American company was founded by German-born immigrants who brought their old-world skills to the “new land” in the late 19th century. Ultimately, K+E’s product line included a number of instruments and accessories which competed with Brunson’s optical tooling product line. As is usually the case, this competition made both companies better.

K+E went through a number of corporate changes in the 1970s and 1980s, with the optical tooling division ultimately landing in the hands of a defense company based on the west coast. It was renamed Cubic Precision at that time.

In 1997, Brunson acquired Cubic Precision, and hired its talented staff, most of whom had spent decades in the metrology business. Caring more about offering a quality product than anything else, we structured our product line to offer the best of both worlds. For example, we replaced our entire alignment telescope line with Cubic Precision’s products, and exclusively adopted their scale-making process.

Today, you’ll recognize a large number of the K+E/ Cubic Precision products in our catalog – those having four-digit model numbers – and they’re all built using the same designs as originally created by the K+E engineers.